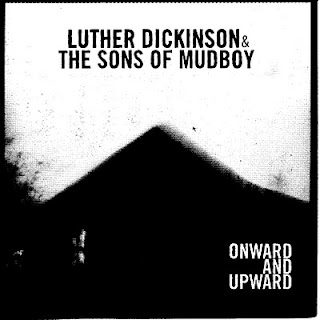 Great news!  Three days after his father's passing, Luther and
Sons of Mudboy recorded an album of Jim's favorite hymns to
memorialize Jim and his legacy. Yesterday, the album called
Onward and Upward was nominated for a Grammy in the category
"Best Traditional Folk Album."  It's got some serious competition,
but win or lose,  as Luther said, "It's enough to know the members
of the National Academy of Recording Arts and Science (NARAS)
nominated it."
Thanks, guys.
Go to http://www.zebraranch.com and click on the picture of
Onward and Upward to read David Fricke's review in Rolling Stone
magazine.
Here's a song Luther wrote for his dad at the Zebra Ranch studio on
the morning of the session called "Let It Roll."
01 Let it Roll by Jim Dickinson's Legacy

Posted by Dickinson Family Blog at 6:19 AM