John Fry and Al Kapone after the Ball. 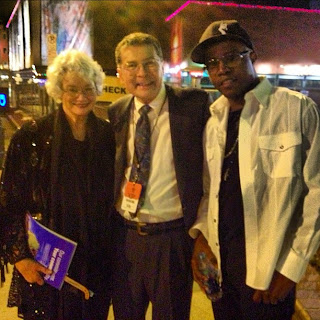 Mary Lindsay Dickinson hanging out and having fun after Pat Kerr Tigrett's
Bodacious Blues Ball, 2012, with John Fry of Ardent Recording Studio and
the great Memphis artist, Al Capone.  John Fry engineered and Jim Dickinson
produced the cult favorite band, Big Star's final record- Big Star Third/
Sister Lovers.  Big Star was honored at the Ball with the Pyramid Award.
John presented the award to Jody Stephens, drummer for Big Star and long
time manager of Ardent.  As John pointed out in his address to the packed
crowd, "All three of Big Star's releases were included in Rolling Stone
Magazine's list of "The Best 500 Records of All Time."

What an honor it is to be associated with art of this caliber.