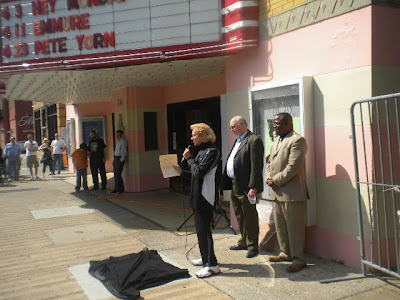 A lot of you probably know about our “motorcycle” session. We were doing an album on Dan Penn---if you don’t know who he is, he’s probably the premier---in my mind’s eye---singer-songwriter-producer in the South today, and has been for years and years and years, the greatest voice. Great voice, great writer. Jim was producing an album for him. He produced the best album on Dan that Dan ever did in my mind’s eye.

I talked to Jim that afternoon, we were coming in that night, Jim said, “Dan wrote this song ‘Tiney Hineys and Hogs’”, obviously a motorcycle song. I said, “Jim, great,” and he said, “I want two live motorcycles on the floor running at the session while track is being cut.” I said, ok. So [we got] two ’74 Harley Davidsons into the studio and got them all set up. I mic’ed ‘em, tried to bounce them off a little bit. But I also had these great new red Koss headphones that just came in that day. They put on the headphones, the motorcycle guys did, they cranked up their motorcycles, Gene Chrisman was playing drums. Jim’s idea was to get the motorcycles to idle on the beat.

Now the deal is that in those days motorcycles had carbureators, maybe they still do. There’s an idle screw, you turn the idle up a little bit to increase the speed of the idle, and turn it down to decrease it.

What Jim was trying to do was get the beat and the motorcycles in time. We finally got all that, did a couple of cuts, as the song ended it builds up dynamically. Well, to build the song up dynamically, you have to gun it.

Toward the end of the song they’re gunning the motorcycles. We had to all run out of the room.

I’d shut the door, I’d turn the air conditioner on “suck.” We’d go out to the lobby or the lounge and wait thirty minutes and go back in and do another cut.

The point of that story is that where else but Memphis could that happen and in whose brain but Jim’s could that be invented?