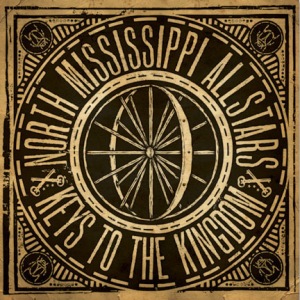 More than a decade into their run, the North Mississippi Allstars —
brothers Luther and Cody Dickinson, with bassist Chris Chew —
are better and more popular than ever. The trio's most recent album,
Keys to the Kingdom — a tribute to the brothers' late father,
Jim Dickinson — saw the band's command of a sound that
encompasses hill-country boogie, gutbucket blues, New Orleans
soul, and Delta gospel at an all-time high. Touring demands make
their local gigs rare these days, but that also makes them more
special when they come around."

Enjoy Keys to the Kingdom,
http://www.myspace.com/nmallstars

Thus does Jim Dickison's legacy continue to thrive.  Not only has
NMA been chosen Memphis' best band for the third year in a row,
but Jim's own 2006 live record "I'm Just Dead, I'm Not Gone,"  is
in the TOP TEN on SiriusXM  radio.


Posted by Dickinson Family Blog at 10:05 AM