Sons of Mudboy - Reviving the Spirit 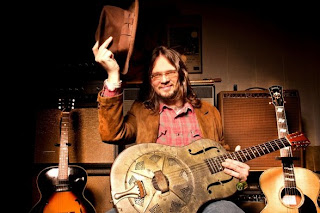 More than 40 years after they first took the stage of a Midtown Memphis Jewish community center — faces painted, bodies wrapped in ridiculous costumes — to belt out their own raucous brand of Memphis blues, Mud Boy & the Neutrons (“that great band nobody can find”) still looms large over the Memphis music scene. And for the sons of the group’s members, now influential professional musicians in their own right, the band’s influence is even greater.

“In a general sense, they embodied an embracing of mayhem and good songs and good music,” says guitarist Steve Selvidge, son of the group’s honey-voiced vocalist Sid Selvidge, acknowledging that his perspective is skewed due to his closeness to the players. “I saw it as looking up (to them). So to me it looked like the most fun thing ever.” 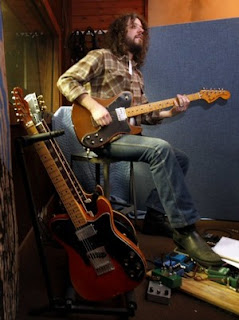 Beginning Wednesday, Selvidge, Luther and Cody Dickinson, sons of late Mud Boy keyboardist and vocalist Jim Dickinson, and adopted Mud Boy progeny Paul Taylor will begin to revive the spirit of the cult favorite group. Playing as the Sons of Mudboy, the quartet will begin an open-ended weekly gig at Minglewood Hall’s 1884 Lounge, a routine designed, like their inspiration, to allow the members to indulge their love of prewar blues and early rock ‘n’ roll.

“This is something we’ve all long wanted to do for a long time,” says Taylor, a second-generation Memphis musician through his father Pat Taylor. “I feel like we’re all old enough to play the music well.”

When Selvidge, Dickinson, guitarist Lee Baker, and percussionist Jimmy Crosthwait first formed Mud Boy & the Neutrons in 1972 (the name was provided by Dickinson’s friend Ry Cooder), it was their attempt to emulate the bluesmen they had grown up loving. In his book “It Came From Memphis,” author Robert Gordon called them “the missing link between the Rolling Stones and Furry Lewis,” the Memphis bluesman who was a particular hero to all four.

As with most missing links, there were more reports of Mud Boy & the Neutrons than actual sightings. After its initial debut, the group played only sporadically over the next 25 years, recording only one hard-to-find record and a live album.

Their output was so slight that when Dickinson recorded with Bob Dylan in the late ’90s, he was shocked to learn the legendary singer-songwriter had heard of them,
“Ah, yeah, sure,” Dickinson quoted Dylan as saying in a 1997 Commercial Appeal article, “that great band nobody can find.”

Baker died in 1996 and Dickinson in 2009. Original Mud Boys Selvidge and Crosthwait joined the Sons of Mudboy members on stage for a Dickinson tribute in 2011, but the group has not been heard of since, and Selvidge is currently recuperating from cancer.

No one is quite sure exactly when the Sons of Mudboy began. The Dickinsons and Selvidge go back to childhood. Taylor joined the mix as a teenager, playing with Steve at first at the old Babylon Café and then with the Dickinsons in their first big project D.D.T. About that time, the name Sons of Mudboy started being used whenever the younger players would back up the original group at their occasional shows.

In 2005, Selvidge and the Dickinsons recorded some unreleased sessions with Jim Dickinson under the name. In 2009, the Grammy nominated all-star tribute to the elder Dickinson, Onward and Upward, was credited to Luther Dickinson & the Sons of Mudboy.

But with the instigation of a weekly gig, the group feels more official than ever. All four still maintain busy music careers. Selvidge plays in the Brooklyn alternative rock band the Hold Steady, who are working on a new album, and he’s slated to record with best-selling Swedish blues artist Louise Hoffsten in Memphis this summer. Taylor is working on an album with his band the Merry Mobile and gigs regularly with Hope Clayburn, the Mighty Soul Brass Band, and as a solo. And Luther Dickinson, no longer a part of the reunited Black Crowes, is ever busy with his brother Cody in the blues jam band the North Mississippi Allstars.

So by necessity, Taylor says, the weekly Sons of Mudboy gigs will be a fluid affair, with members coming and going as schedules allow, guests sitting in, the set ever in flux as the musicians look to balance the traditions of the old bluesmen, the original Mud Boys and their own influences.