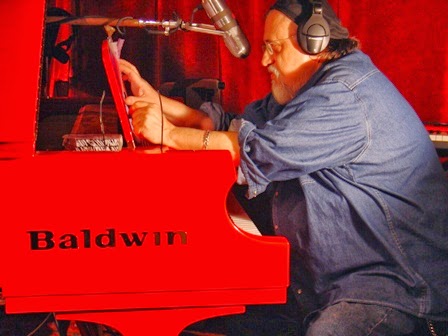 In his Last Words, Jim Dickinson wrote:  "... I will not be gone as long as the music lingers. I have gladly given my life to Memphis music and it has given me back a hundredfold ...”

Jim Dickinson’s Legacy lives on through the work of his sons, Luther and Cody.  Yesterday, Luther’s new record “Rock ‘n Roll Blues” was released.  It is music soaked with the spirit of his musical ancestors.  Cody’s movie “Take Me To The River” had its world premiere showing at the SXSW 2014 Film Festival.

“The city of Memphis was a big winner at SXSW. Cody and Martin Shore's movie 'Take Me To The River' won the 24 Beats Per Second Audience Choice Award at the festival. This irresistible film celebrates the spirit of Memphis, two races combining in an explosion of creativity recording the music that changes the world. 'Take Me to the River' celebrates the thrill of these musicians through the generations as they perform, rejoice and love one another.”

Cody Dickinson wrote, "My father's influence and memory can be felt throughout 'Take Me to the River.'  I clearly made the film to honor him."